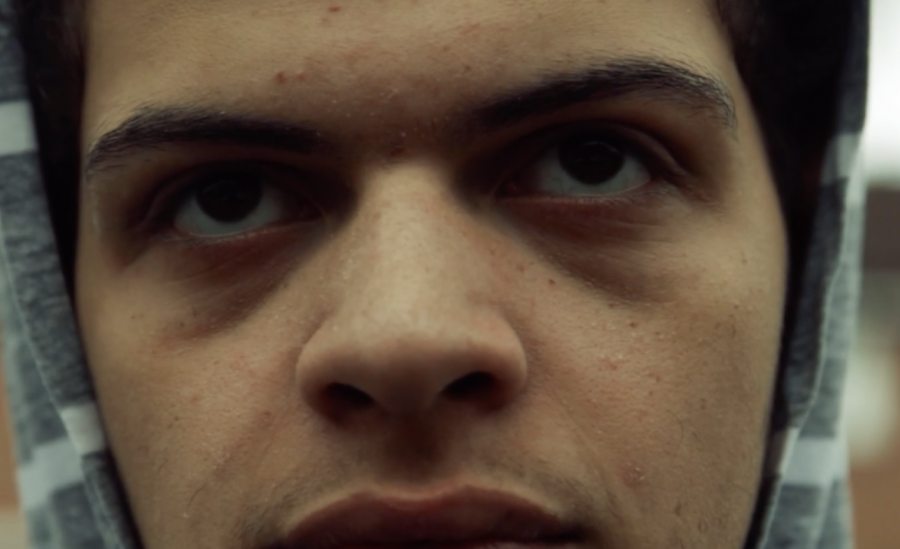 Over the past two years, I have been fortunate to have the opportunity to work with Eli Luchak (’18) on two video projects. I met Eli during my time at Friends Select. He was in the class above me. My first experience working with Eli was on his short film Glint. Glint is a film directed by Eli Luchak (‘18), starring Yunyi Anderson (‘18) and Muhammad Eisa (‘18). It also features me, Avery Johnson (‘19). Glint was based on Plato’s allegory of the cave. In the story, 3 prisoners are kept in a cave chained to walls. They see shadows dance across the cave walls every now and then, and these shadows are considered the prisoner’s realities. They have no desire to leave this prison, because they know no better life. However, one day the chains do break, and they do leave the cave. They discover the blazing sun, and Plato calls it “The fire that man cannot see behind”. The prisoners are initially blinded by the light, but come to see the beauty of the world that was held from them. Socrates believes that if we were to suddenly escape our metaphorical bondage and discover something new, then we would find a world that we may come to understand. We would enter in a form “another realm”, because the sun for example is a higher source of reality then one the prisoners have ever themselves known. In Eli’s film we see Yunyi break free from these chains, and she escapes the cave. She eventually comes back to convince Mohammad and me, Avery, of life outside of the cave, but they don’t want to go. The cave is all we’ve known, and therefore we don’t know life’s true potential. The cave scene is shot in the studio 4 basement of our very own Friends Select School. All actors wore white shirts, and were all tied to a gate like structure in the basement with real rope. For the outside parts of the film, Eli, Yunyi, Muhammad and I took a trip to the Wissahickon creek and forest to embrace the film’s theme of natural beauty. The film itself is mostly silent, and one does not need words to understand the allegory. Glint does a great job of showing rather than telling the viewer this story.

I was also an actor in Eli’s music video, and I had no idea what I was getting into. Eli contacted me a few days before the filming and asked if I wanted to help. I said yes, because it sounded like a fun opportunity, although I had no idea what I would be doing. The experience ended up being great. When I got there, Eli asked me if I wanted to be an actor in the video, and I said yes, because it was an opportunity to get some exposure in a field that I am interested in entering. I also had no idea what the video was about, but when I started acting it became somewhat clear. It was obvious I was trying to seize a man in the video, but I had no idea as to why until the end. Only when I had the forks and knives in my hands did I come to fully understand the cannibalistic undertones. The video turned out quite well, and it didn’t feel like it took too long to shoot either. The whole process was incredibly smooth, and I had little to go off of in terms of context, but I think not knowing what I was doing helped me develop my performance more. Altogether it was a great experience, and I’m glad to have done it.