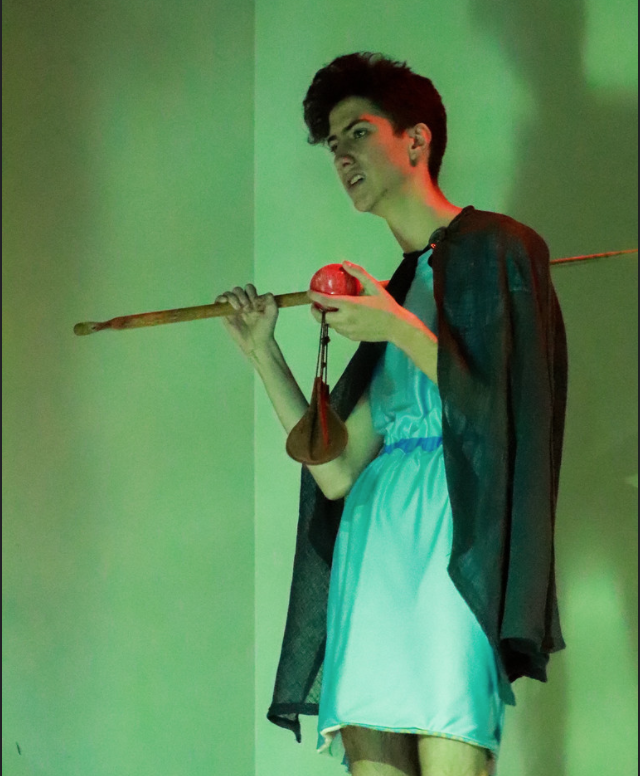 In lieu of a traditional fall play, the FSS Theater Department will present an entirely virtual student-led play and multimedia art installation titled “The Utopia Project” on December 3rd.

The Utopia Project is student-driven: Olivia Shuman ‘21 and Gabe Tarini ‘21 are co-head writers, and Elena Miliken ‘22 serves as assistant director. Because theater Department Chair Donna Romero and Director Ang Bey ‘15 saw this year’s play as an opportunity to experiment with production styles, they specifically tasked students with writing and designing The Utopia Project. Although the Friends Select fall play has never been student written, Olivia and Gabe are confident: “if Donna didn’t think we could do it, I don’t think she would have given this project to us,” said Olivia.

Due to concerns surrounding the COVID-19 pandemic, The Utopia Project will be entirely virtual: all rehearsals are held via Zoom, and the play will be pre-recorded and presented as a livestream on Thursday, December 3rd. Throughout that week, the play and other related art can be viewed by the community on a website that will be designed in the coming weeks.

Ang, who was an active participant in the FSS Theater program during their time as a student, has returned to Friends Select to direct The Utopia Project. “Personally, coming back to FSS was a no-brainer. Why wouldn’t I want to work for this program – invaluable to my development as a professional artist? Why not foster a brave, dynamic environment where students feel comfortable expressing and experimenting with their creative impulse?” Ang hopes to draw from their experiences as a high school actor to educate the next generation of FSS actors: “I want everyone to apologize less for creating the art that they want to create in this moment,” they said.

In Donna’s eyes, this is a dream pairing: “Even when Ang was a student here, I couldn’t wait for the day I could hire them as a director. As a young, queer, Black artist, they bring an incredibly important perspective to our theater program.”

“It’s really cool to have a young director who can relate to us as high schoolers,” says Olivia.

According to Ang, the play will be written in response to the following plot: “We began at the end of our world… as we know it. Alone, together. No end in sight. What to do? What to see? What to think?” Both Olivia and Gabe describe the storyline as a classic story of heroes and monsters, with a number of twists to preserve the show’s originality. One distinguishing feature of The Utopia Project is its storytelling style: “it’s more of a collection of vignettes than one contiguous storyline,” says Gabe.

Each cast member has input in designing their characters, and they are invited to submit art to the show. Ensemble cast member Patrick Ryan ‘24 says that Gabe and Olivia have provided each actor with “a character creation sheet with many detailed questions to help define and distinguish my character.” Because The Utopia Project does not follow a traditional play structure, there is also space for additional student contributions: “students can submit their own multimedia creations, like songs, and they can be added to the third part of the play,” says Gabe.