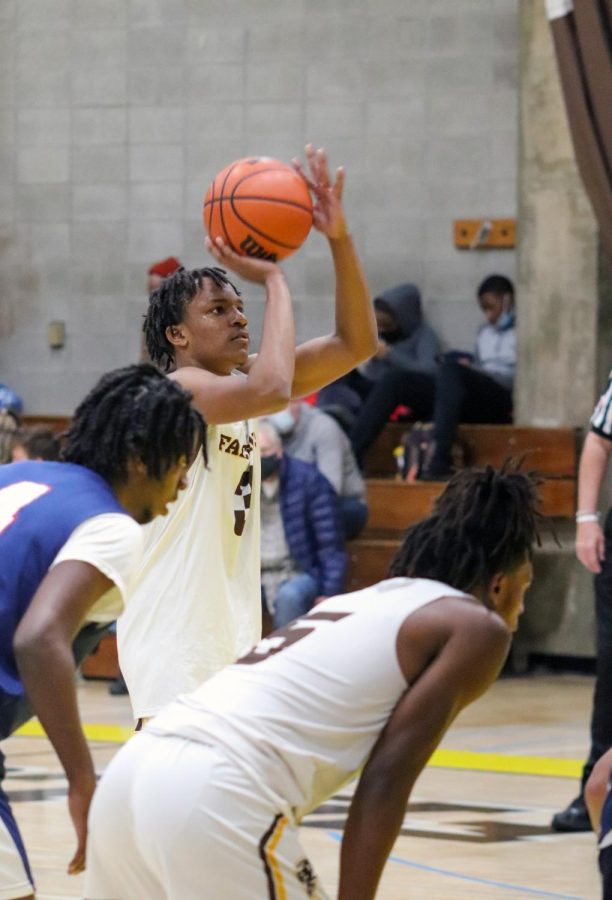 Temir Davis at the scrimmage.

On Tuesday, November 23rd, many students began heading home to enjoy a long weekend and Thanksgiving. However, the students who stayed around the gym a few hours later watched the Boys Basketball teams open their seasons in two scrimmages against the String Theory Knights.

The afternoon kicked off with a two-quarter long scrimmage between the two school’s junior varsity teams. The JV team kept it close but ultimately fell to the Knights for a final score of 22- 19. Notable players for the Falcons included LaRon Smith ‘26 and Pierce Blackwell ‘26. LaRon was excellent at driving to the rim and also was able to score from beyond the arc. Pierce had a similar story, with a total of 11 points. Adrian Caldwell ‘23 looked good as the big man in the paint, but String Theory often had more than one man guarding him, making it difficult to drive to the rim.

At about 4:45 pm, the starting five for the Varsity squad took to the floor. Members of this team could be found in the gym practicing all year, even during the offseason, and the anticipation for this moment was palpable. Though only a scrimmage, anyone in the gym could feel the energy for the first game in front of fans since early 2020.

The Falcon’s starting five consisted of Quaye Agoyo ‘22, Carslie Jones ‘22, Christian Kirkland ‘23, Marley Ewell ‘23, and Temir Davis ‘23. Christian won the tip and then was able to open the scoring with a decisive layup. The Falcons held this lead through the rest of the game for a final score of 53-40. Christian proved to be a key player, putting up a strong 14 points including a few dunks with some flare. Isaiah Marshall ‘25 and Maxx Sovinski ‘23 both had great performances, putting up 12 and 10 points respectively.

Alumnus Nick Hurwitz ‘21 said that Maxx Sovinski was one of the players who caught his eye. “He put great energy in off the bench on both ends. He scored a quick two three-pointers in the second half which gave us a bigger lead.” Unforgettable though, was the performance of Christian Kirkland. “Christian was a monster on the boards in the first half,” said Nick.

There were many positives on Tuesday, but typical of preseason, there was room for improvement. When asked where the team could improve most, Assistant Coach Charles Carlies said, “Rebounding, a lot of them [were] watching the ball a lot.” He also mentioned a lack of energy during some parts of the game. However, during the third quarter, Charles noted that the energy picked up substantially.

On the whole, it was a positive takeaway for both teams. A lot of players on the JV team had not yet experienced a game at such a level, and players new to the Varsity squad like Tiko Morris-Louis ‘24 got valuable playing time to adjust to the new intensity. A long season lies ahead, but for now, the focus is on the next game: December 7th at Germantown Academy. 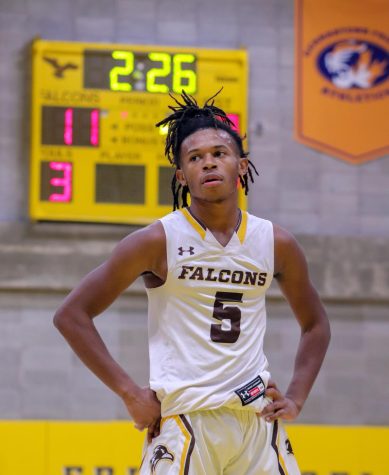 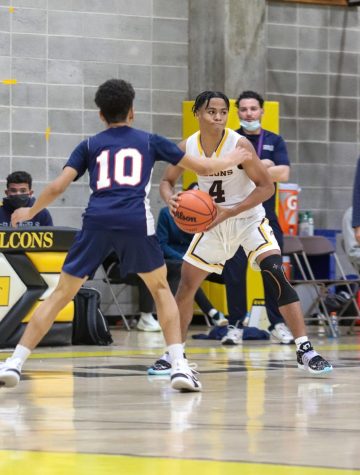