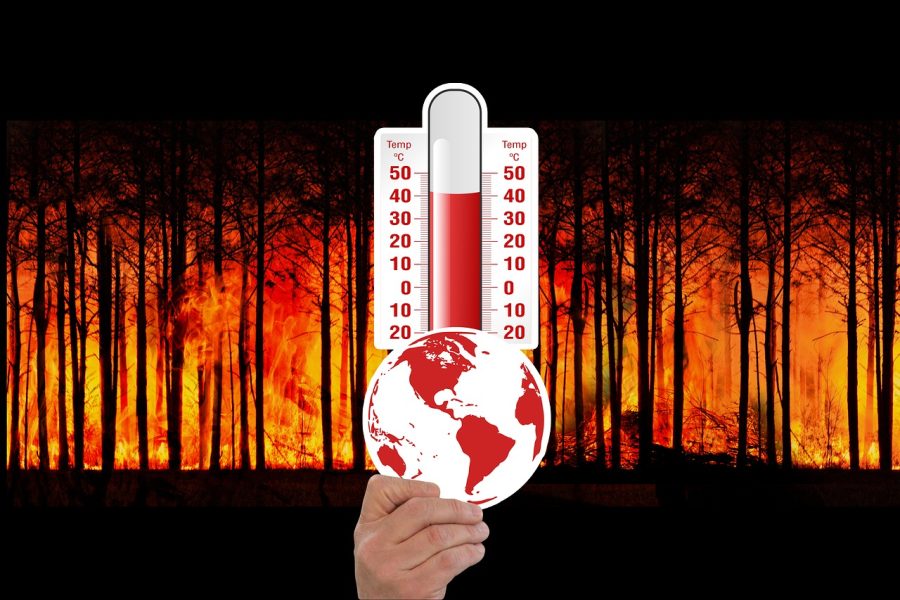 The summer of 1988, the hottest summer in history at the time, was brutal. The heat was intense. Droughts covered over 45% of the United States, wildfires raged across the Western region of the country, over 5,000 people died, and there were over $40 billion in damages due to the heat. Since 1988, six years have been even warmer. Last year, in 2020, the average temperature was the fifth hottest ever recorded. 2021 is expected to be in the top ten as well. Climate change is “in our living room.”

The intense temperatures and heat waves from 1988 were no new issue; the decade saw five of the hottest years ever seen at the time. Among climate scientists, concern continued to rise in the early and mid 1980s. In 1985, the first major international conference on climate change was held in Vienna, Austria. However, the news of climate change didn’t reach the vast majority of the general public until a US Senate hearing occurred on June 23rd, 1988. In the hearing, Dr. James Hansen, a NASA climate scientist, said he could state “with 99% confidence” that a long-term warming trend was underway, and he strongly suspected that the greenhouse effect and human carbon dioxide emissions were to blame. The decade in which he spoke was subsequently recorded as the hottest ever. Over three decades later, it is agreed upon by scientists that Dr. Hansen and his peers were right.

It wasn’t until 2015, two and a half decades after that Senate hearing, that the world came together to commit to change. The Paris Climate Accord saw a nearly worldwide commitment to help curve climate change. Not only was this agreement not sufficient enough to fix the problem in time, but the United States, under President Trump, didn’t join it, even though almost two-thirds of U.S. adults say the federal government is doing too little to reduce the effects of global climate change.

Attention to a problem doesn’t fix an issue. It’s only the start of a long process. There are (to put it simply) two levels to climate change. The first is introducing the issue to the public as a crisis, and the second is taking action to improve our lifestyles and progress towards a more sustainable future in a very urgent fashion. But why has such little action been taken?

According to a research paper by professor Robert J. Brulle of Brown University, it is estimated that contributions to the climate change disinformation movement between 2003 and 2018 totaled over $9.77 billion in value. This money then goes to a range of groups involved in producing misinformation; groups like political and religious organizations such as the CATO Institute and the Heritage Foundation, as well as media outlets like Breitbart. These groups contribute to what is known as the “climate change denial machine.” Then, important figures and influencers echo their disinformation and broadband it outwards. This “echo chamber” consists of media outlets, popular bloggers, and even politicians. From there, it reaches the outer public, who can freely and openly access the information. Only recently, in October 2021, did Google start banning ads that spread climate change disinformation.

The issue remains. Misinformation and disinformation continue to run rampant on many media platforms. Climate change is closing in on being irreparable and unstoppable. By as early as 2027, only a half-decade from now, the effects of climate change will become irreversible if immediate action isn’t taken. Some of the changes caused by human pollution and greenhouse emissions are already irreversible. In a scientifically backed, 4000 page-long publication about climate change put forth by the Intergovernmental Panel on Climate Change (IPCC), in August of 2021, it was stated that “many changes due to past and future greenhouse gas emissions are irreversible for centuries to millennia, especially changes in the ocean, ice sheets and global sea level.” (See section A-1 of the publication mentioned above for more information). These changes were “[Unequivocally caused by] human influence.” As said by the United Nations Secretary-General António Guterres, “[This] is a code red for humanity. The alarm bells are deafening, and the evidence is irrefutable: greenhouse gas emissions from fossil fuel burning and deforestation are choking our planet and putting billions of people at immediate risk.”

There is hope for truth and triumph in the fight against disinformation and climate change, but things don’t look bright. That’s why everybody doing any and everything, even a little bit like learning to identify misinformation and promote truth, ultimately helps.