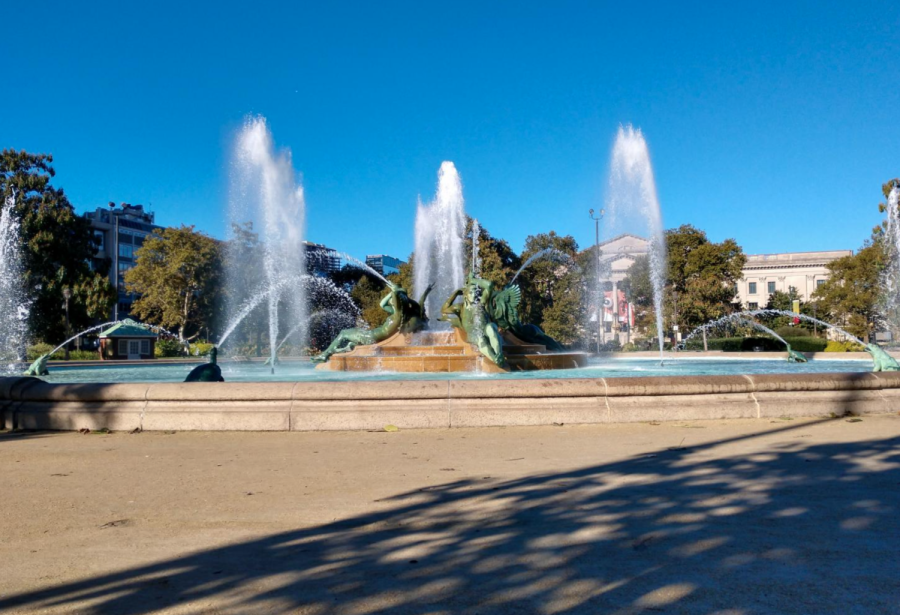 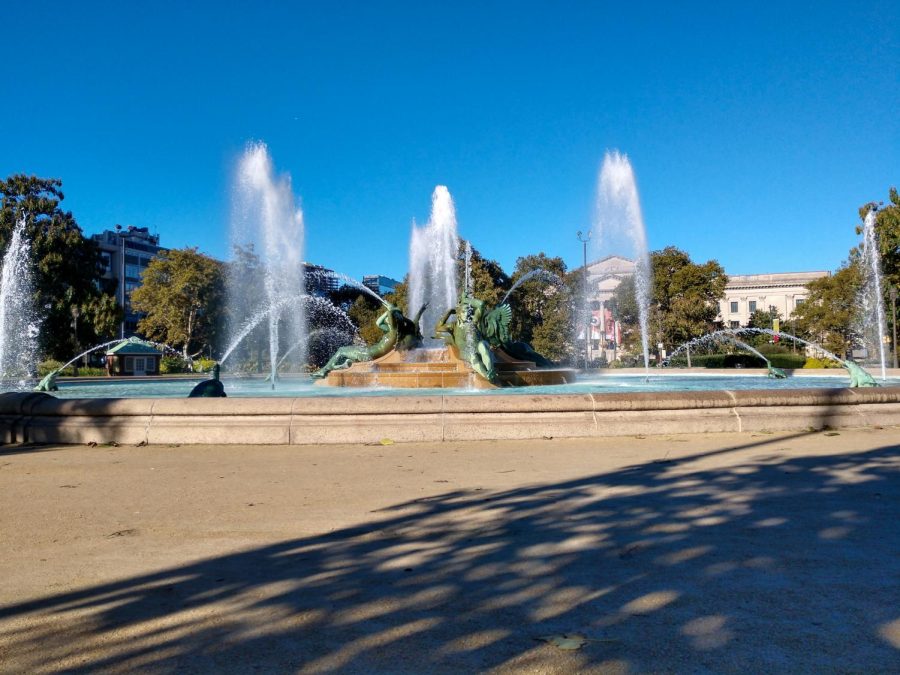 Logan Circle, located at 200 N 19th St, is only 5 minutes from school and has an elaborate fountain. Because of its proximity to places like the Franklin Institute and Academy of Natural Sciences, it offers a unique hangout spot for students. 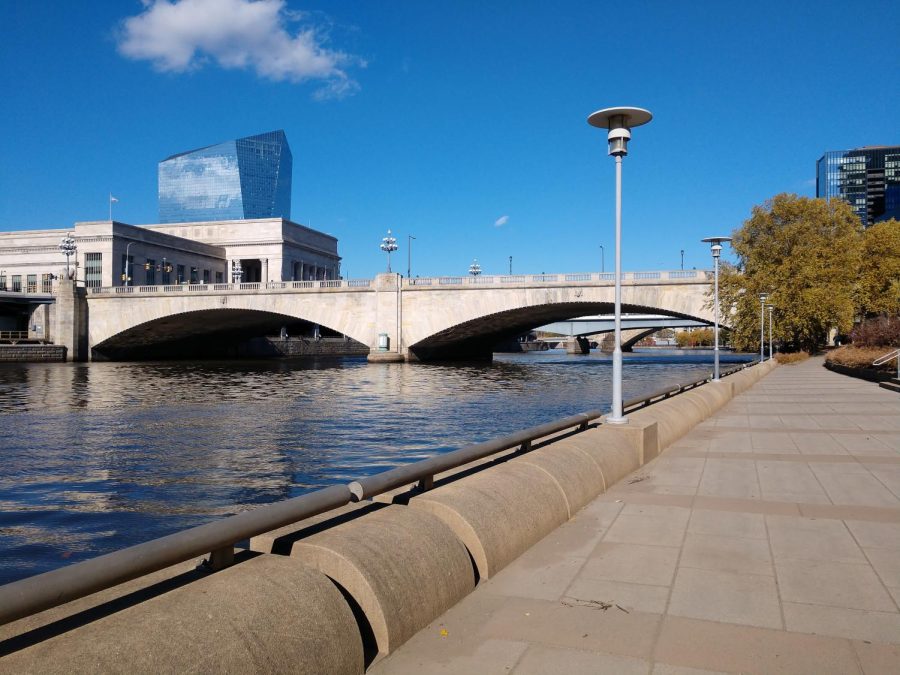 Although the Schuylkill River Trail isn’t necessarily a park, it still offers plenty of green space and a scenic view for a walk, and many entry points are close to school. This one, for example, at John F Kennedy Blvd Bridge is only a 15-minute walk. 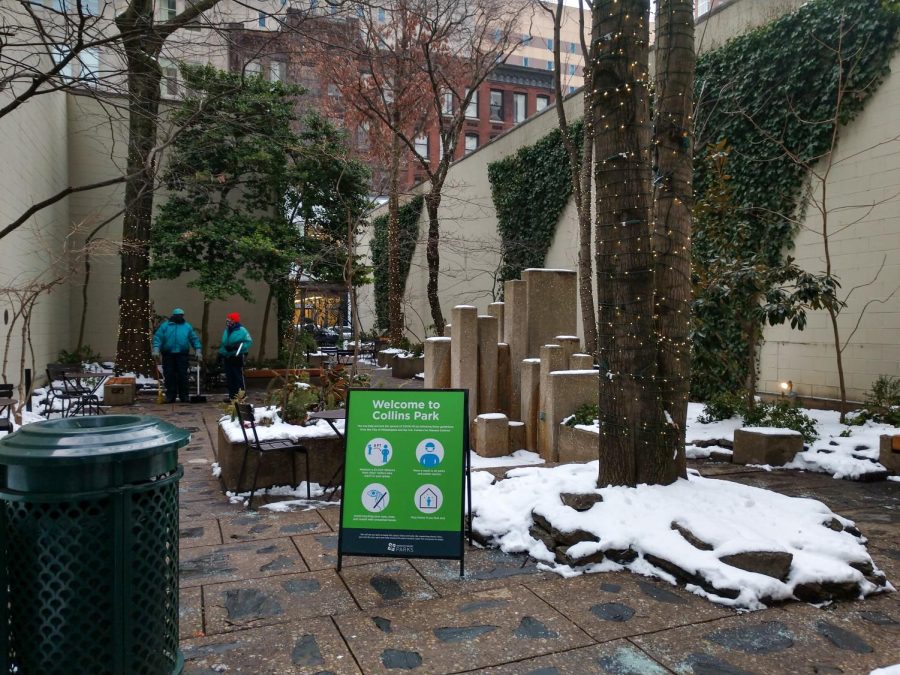 John F. Collins Park is only a 9-minute walk from school and across the street from Liberty Place, a popular lunch location for students. “Little spots like that are nice because you get to share them with other people…and not a lot of people know about them,” says Henry Planet, ‘23. 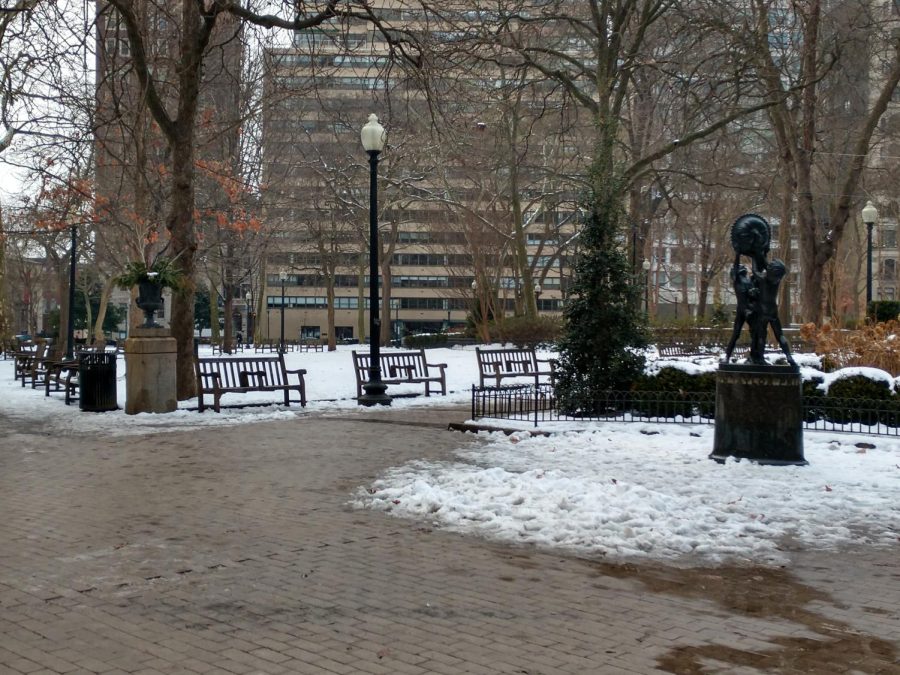 Located at 18th and Walnut, Rittenhouse Square is another one of the bigger parks in Center City and has many events, even in the winter. “There are lots of places to sit and it’s in the middle of an area with a lot of good shops and cafés”, says Lekha Doddamani, ‘22. 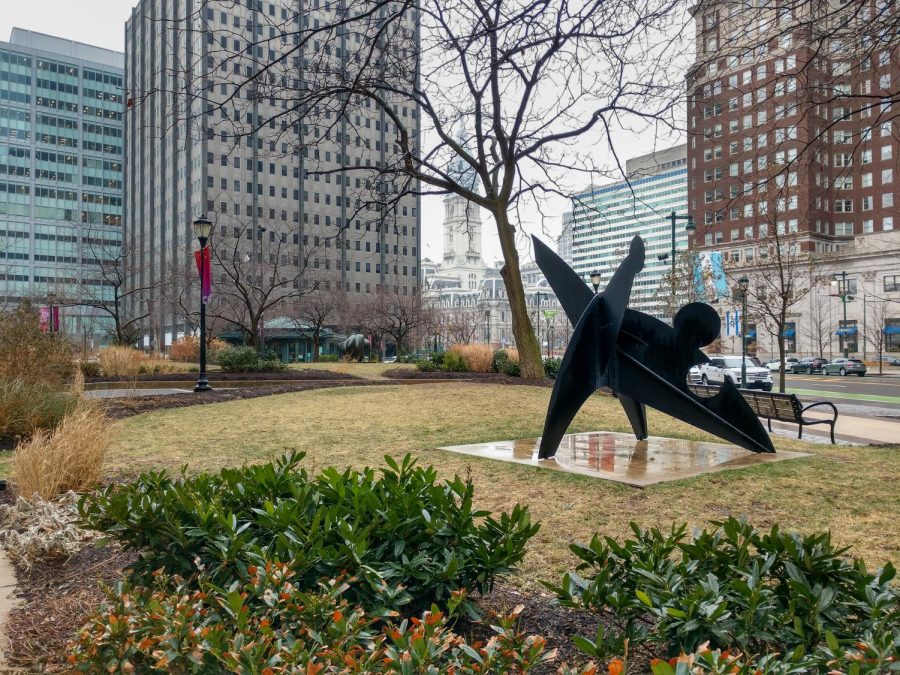 One park that’s within less than a minute’s walk is Cret Park, which houses Capriccio Café and is a popular lunch spot for many sophomores. “It’s close by, there are lots of places to sit, it’s nice to be outside, and it’s convenient for a whole group of people”, says Patrick Ryan ‘24. 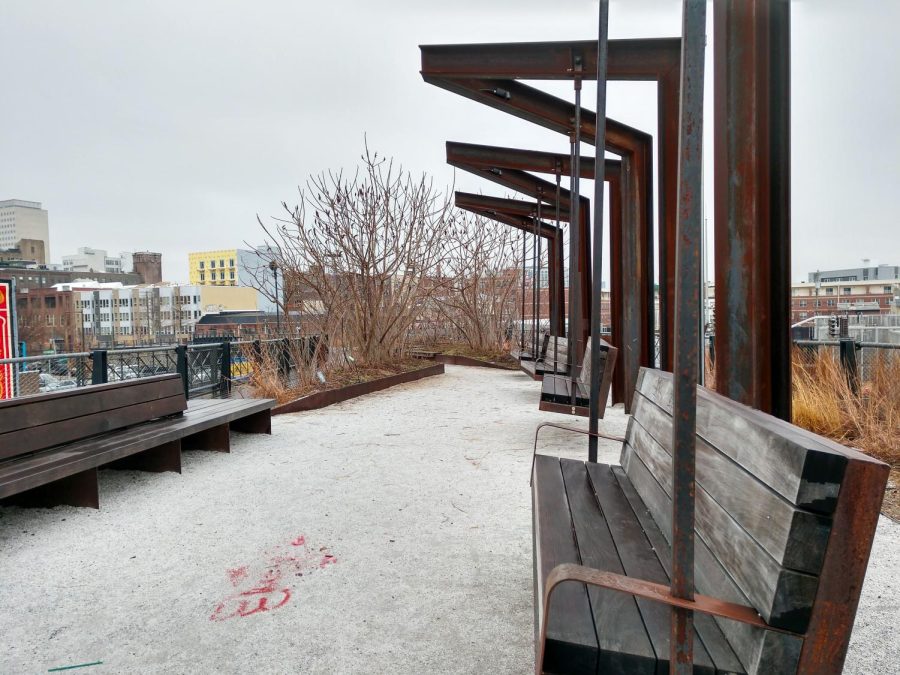 The Rail Park, located at Noble Street and N Broad St, is a popular park that includes several “phases” made from an old train line that runs through the city. Phase one includes wooden swings, an open seating area, and numerous native plants that grow in the Philadelphia area.

A major advantage Friends Select School has is its location in Center City. The city has many parks and green spaces within a walking distance of school that students can visit. Now with spring just around the corner, it might be a good idea to give these places a look. All travel times are based on Google Maps.

Logan Circle is one park close to our school that is popular amongst students; it’s only a 5-minute walk away and is across the street from Sister Cities, another small café. Its main attraction is the elaborate fountain, which “represents the region’s major waterways: the Delaware, Schuylkill, and Wissahickon”.1 Logan Circle is also one of the five original squares planned in the city.

Collins Park (1707 Chestnut St) is a small green space right next to Liberty Place, which is about a 9-minute walk and a popular lunch destination for students. The park takes up less than half a block, nudged between an alley and Chestnut Street; but despite being a small space, it has a unique atmosphere. “It would be cool to see if there were more places like this around Philly”, says Henry Planet ‘23.

The Rail Park, which is about 14 minutes away from school, is a recent project with the goal of “building a three-mile greenway…across ten neighborhoods” with the plan to run from Northern Liberties to Brewerytown2. Phase one of the park includes numerous places to sit that “offer the perfect place for park visitors to soak in the skyline view”3.

Even though the Schuylkill River Trail extends over 120 miles4, Friends Select is only 15 minutes away from a section that runs through Center City. The trail is also a very busy spot. “There were a lot of people running, some people walking their dogs…from time to time, there would be trains passing by,” says Louise Li, ‘23. “It was very beautiful.”